Reishinua Bebible (15 vials) and Reishinua caps (90 capsules) are two food supplements (drinkable and capsules format) whose main objective is to offer support to the respiratory system in periods where respiratory alterations are frequent with or without an allergic problem associated.

It is especially indicated for respiratory ailments of allergic (asthma, bronchitis) or infectious (bronchiolitis, pneumonia) origin, in children from 6 months onwards. This format is ideal for young children, since it has a formulation specially indicated to strengthen the immune system at a respiratory level (among others, royal jelly, propolis and Vitamin C). Its use in adolescents and adults is also indicated.

The contents of the vial can be mixed with water, juice, bottle or similar.

This format is intended for adolescents and adults with allergic respiratory problems such as allergic rhinitis, asthma or allergic bronchitis. It is also an ideal preparation for adults prone to suffer bronchitis or chronic pneumonia, as well as COPD in smokers.

Do not give if you do not know how to swallow.

Respiratory ailments that can benefit from taking food supplements that reinforce our respiratory system:

Bronchiolitis is a very common disease in infants and children under two years, and can affect up to 50% of children within the first years of life. It is a respiratory infection where bronchioles become inflamed due to a virus.

The clinical picture associated with bronchiolitis in children is very similar to that observed in cases of asthma. In fact, bronchiolitis caused by RSV (respiratory syncytial virus) may eventually progress into asthma.

Reishinua bebible, may contribute to reinforce the respiratory airways in children prone to suffer this type of ailments.

Reversible narrowing of the bronchi and bronchioles. Its most typical manifestations are fatigue or respiratory distress. The causes of this type of alteration are usually:

In these cases, it is interesting to take food supplements that reduce the intensity and periodicity of allergic outbrakes (Reishinua caps)

Rhinitis: Acute or chronic inflammation of the nose lining

Its origin can be infectious or allergic.

In case of rhinitis, especially allergic type, there are active natural ingredients (ie. reishi, quercetin, perilla…) that can undoubtedly allow to better cope with this type of situations (ie. Reishinua caps), by reducing the intensity and frequency of allergic crises.

Inflammation of the mucosa of the trachea and bronchial tree usually caused by an infection (especially in winter), although it can also be caused by irritants.

Bronchitis, unlike pneumonia, only affects the bronchial tree and not the alveoli as it occurs in pneumonia.

Acute bronchitis (short-term) is caused by cooling, infection (viruses or bacteria) or inhalation of irritating substances (ie. fumes, solvents) and can often appear after a common cold or a viral infection of the upper airways, sometimes associated secondary to a bacterial infection.

Chronic bronchitis involves coughing and expectoration (with abundant mucus production) at least three months a year (not necessarily continuous) for two consecutive years. Bronchial irritation is mainly due to prolonged exposure to irritants such as tobacco (morning cough with phlegm production is common), atmospheric pollution or also due to the effect of certain allergens. A person with chronic bronchitis can suffer asthmatic outbreaks, even if he has never been asthmatic or allergic before.

In cases of bronchitis, it is important to reduce the inflammation of the respiratory mucous membranes (lining that covers the respiratory ducts) while providing elements that increase our ability to cope with it (SEE SECTION KNOW MORE)

Taking food supplements such as Reishinua, together with the corresponding allopathic medicines, can contribute to improving the evolution of these types of alterations and shortening their duration.

Acute infection or inflammation of the lung tissue.

Under normal conditions, the respiratory airways from the trachea to the alveoli are free of microorganisms, while in the upper respiratory tract (mouth, pharynx and larynx) it is normal for certain microorganisms to inhabit.

Pneumonia is the result of the passage of microorganisms from the high tract to the lower one. Pneumonia, unlike bronchitis, affects the alveoli while bronchitis only affects the bronchial tree.

Bacterial pneumonia (Streptococcus pneumoniae is the causative agent in 30-60% of cases) are more frequent in adults while in infants and children, the most common cause are viruses (ie. influenza virus, chickenpox etc.).

If in addition to the lung tissue, it also affects the bronchial ducts (bronchial tubes and bronchioles) the term used would be bronchopneumonia.

Taking food supplements such as Reishinua, together with the corresponding allopathic medicines, can contribute to improving the evolution of these types of alterations and shortening their duration.

It is a chronic lung problem characterized by a chronic obstruction of the airflow, mainly caused by the prolonged use of tobacco. It is an irreversible pulmonary deterioration. It is characterized by the presence of chronic bronchitis (inflammation of the bronchi with mucus production) that can evolve into an emphysema (when it damages the alveoli).

A chronic bronchitis involves difficulties to move the air within the respiratory ducts. If we add to this the loss of function of the alveoli typical of an emphysema, all this means that there is insufficient oxygenation of the organism, whose consequences are felt at all levels.

In these cases, in order to contribute to the purification of the respiratory tract, Reishinua caps would be more indicated. In addition, it would be ideal to reduce in parallel, any inflammation present in the lungs (SEE “KNOW MORE” SECTION). 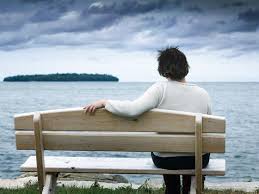